Magnetic Resonance Imaging (MRI) is one of the most important tools that a doctor can use to look inside the human body without surgery. It’s becoming increasingly common; about 10% of Americans had an MRI in 2013.1

But MRI is still a relatively new technology. Stronger and higher-resolution MRIs are continually under development.

The History of MRI

The first successful image made with magnetic resonance was taken in 1977.2 Early experimental MRI machines ran with much lower strengths than those used today, like a prototype from Siemens in 1978 that had a 0.1 Tesla magnet.3

But that’s not to say that even the lowest-strength MRI machine uses a weak magnet. For comparison, the Earth’s magnetic field is 0.00005 Tesla.

In the past, CIs were thought to be incompatible with MRI4

Practically all currently manufactured cochlear implants are approved for use at 0.2 Tesla with the magnet in place.

1.0–1.5 Tesla MRI came around in the 1980s. This increase in power brought with it an increase in resolution, but it was also incompatible with many cochlear implants. That’s because the machine’s magnet could pull on the cochlear implant’s magnet and move it around under the skin.

One way that some cochlear implants got around this was by having a removable magnet: the surgeon would have to cut through the skin to the implant to remove the magnet before the MRI procedure and replace it afterwards. In the meantime the whole cochlear implant would be unusable because the coil couldn’t stay affixed to it.

3.0 Tesla MRI is twice as strong as 1.5 T MRI. 3.0 T MRI machines were introduced in hospitals around 2003 and are some of the strongest, and therefore highest-resolution, machines currently used in non-experimental settings.

However, many cochlear implants are not compatible with 3.0 T MRI. Like the previous jump from 0.2 T to 1.5 T MRI, this new increase in power places increased demands on the cochlear implant’s magnet.

MED-EL’s SYNCHRONY cochlear implant was the first to be approved for 3.0 T MRI without magnet removal.

What is it about our SYNCHRONY series implants that makes them suitable for 3.0 Tesla MRI without surgical removal of the magnet?

It’s all in the magnet. 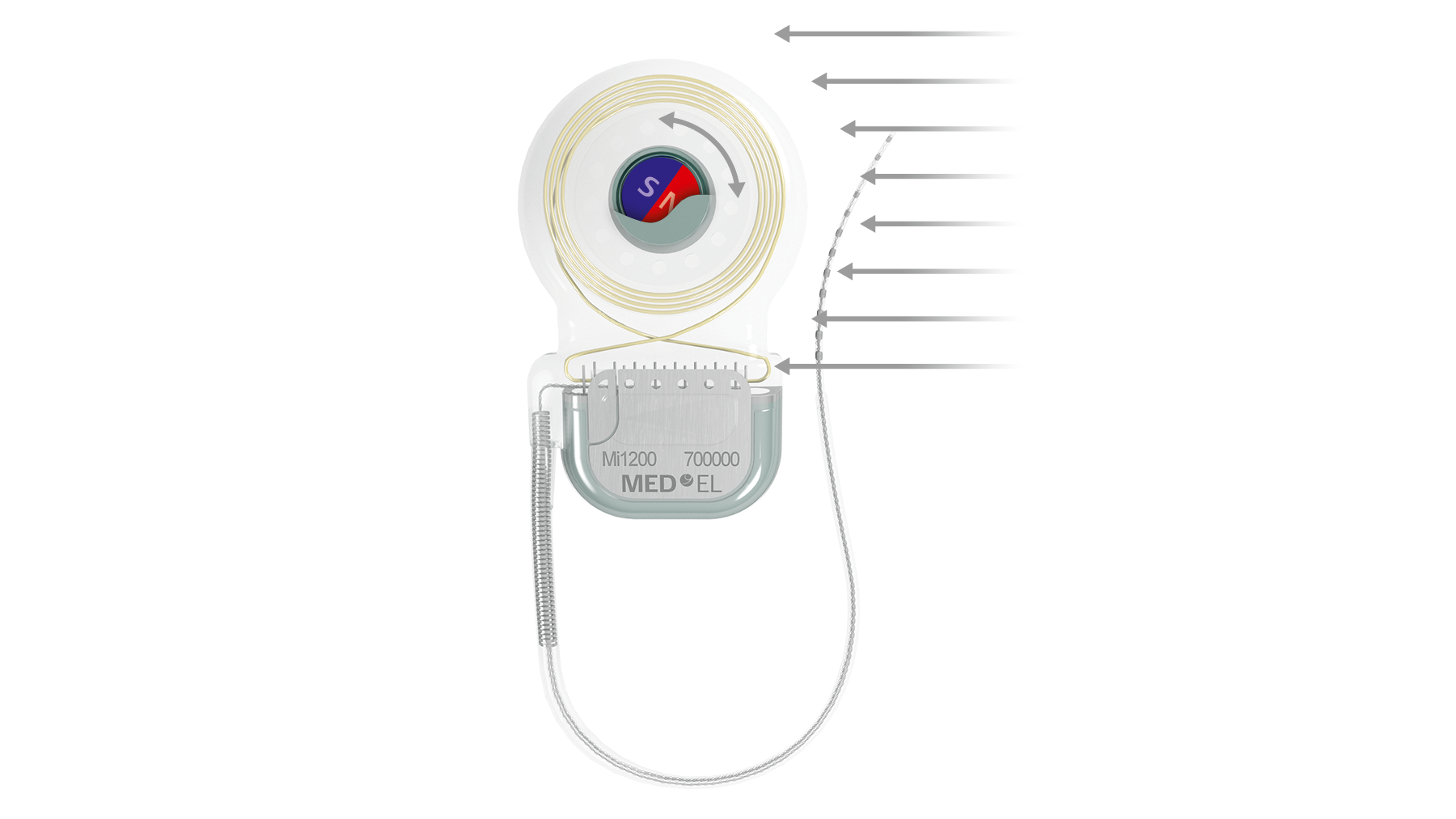 That means that it’s possible to have a strong 3.0 Tesla MRI even without removing the magnet.

Are you considering a cochlear implant and want to learn more? Check out all the benefits of the SYNCHRONY Cochlear Implant system at our website.

*For the purposes of consistency, “approval” as used in this blog post refers to the label “MR Conditional” as used by the Food and Drug Administration (FDA), the regulatory agency responsible for MRI approvals of cochlear implants in the USA. Approvals are accurate as of the date of publication of this blog article. Approval in your specific country or area may be different to the FDA approval.