MED-EL founder Ingeborg Hochmair was recently awarded the Lasker-DeBakey Clinical Medical Research Award for her contributions in the history of cochlear implants. It’s a prestigious award in the field of clinical research, and we thought this would be a great chance to step back in time and show what it was like at the time of the Hochmair’s early cochlear implants. There were lots of exciting innovations that occurred in these early years, and these are still important to MED-EL today. So, let’s start at the very beginning.

The start of cochlear implant development 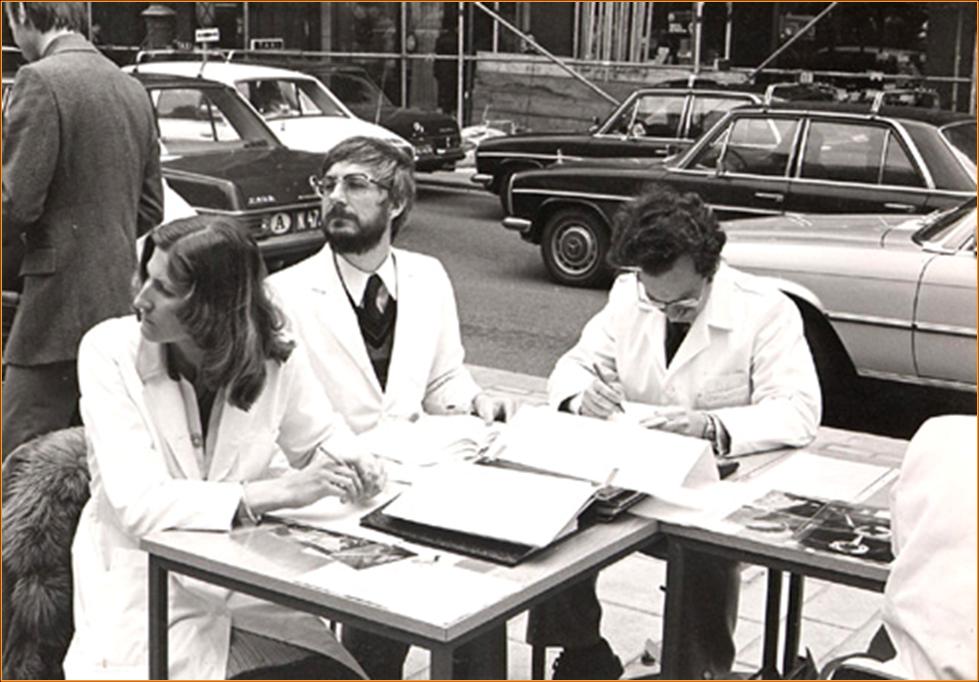 In 1975, Ingeborg and her future husband Erwin Hochmair were studying cochlear implant development at the Technical University of Vienna. At the time, there was a lot of skepticism about whether or not it was even possible for a cochlear implant to help treat deafness. But the Hochmairs knew what they wanted to accomplish.

“Our very optimistic goal was to design an electronic implant that would enable the user not only to hear sounds but also to provide the ability to understand some speech,” Ingeborg said.

A big step towards this goal was made in 1977, the first time that a cochlear implant they designed was surgically implanted. 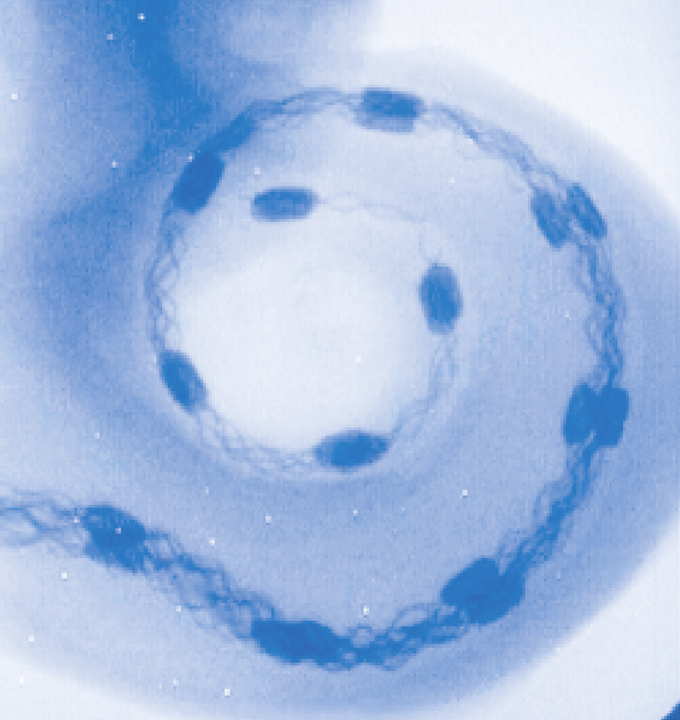 There were some very special aspects to the design of the Hochmair’s first cochlear implant:

Its computer chip worked with a long electrode array that provided electrical stimulation to many different parts of the cochlea. This was done because early research showed that where the stimulation happened would change the perceived pitch of the sound, just like what happens in a piano: press keys that are far apart and they will sound very different. Today, we call this Complete Cochlear Coverage.

This first cochlear implant, like all others at the time, helped the recipients to hear sound but understanding speech was still difficult and at the very least required the recipient to watch the speaker and lip-read closely.

Understanding speech with a cochlear implant

One of the most famous early recipients of a Hochmair cochlear implant is Connie, as she was known in scientific journals. 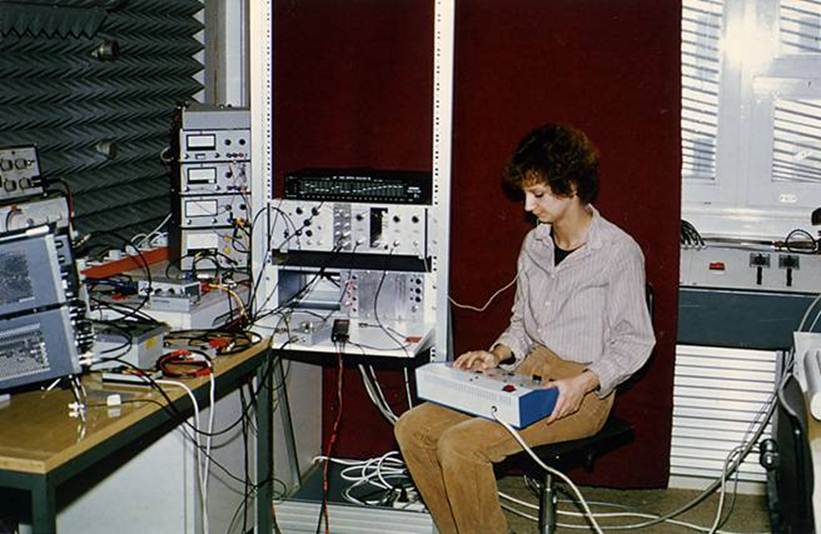 Connie in the sound lab.

Connie worked closely with Ingeborg in these early years. She received a Hochmair cochlear implant in 1979, and was so enthusiastic that she would spend hours and hours with Ingeborg testing different ways that the implant could send electrical information to the cochlea. These tests formed the foundation of how today’s MED-EL cochlear implants process sound.

“One cannot avoid being passionate about clinical medical research in the field of CIs because of the close contact and trustful cooperation with users,” Ingeborg said.

Connie soon was part of making the Hochmair’s first goal a reality. After she received a new processor in March, 1980, she was the first person ever who used a cochlear implant to understand speech by only listening: she did not need to lip-read or have visual cues as to what words were being said. At last, just five years after they started their research into cochlear implants, the Hochmairs had achieved their goal and set the direction for the cochlear implant development that still continues today.

Do you have a story about one of your first experiences? We’d love to hear!
FacebookTweetLinkedInPinEmail

MED-EL
Recommended Posts
Other languages
Search
Contact Us
Fill out our simple contact form and we'll get in touch with you.
Contact now
Find MED-EL In My Country

© 2018 MED-EL Medical Electronics. All rights reserved.
Share this ArticleLike this article? Email it to a friend!
Email sent!
We are using first- and third-party cookies which enable us to enhance site navigation, analyse site usage, and assist in our marketing efforts. Please click on 'Accept' to agree to the usage of cookies and hide this message permanently. You can find a list and description of the cookies used in our Privacy Policy